The League recognizes that any competitions which can be held during 2021 are likely be much later in the year, however the committee is keen to look forwards and has agreed in principle to the following weekends on which the 2022 competition will take place.

Round 1has been brought froward a week from its traditional date due to the proposed later /extended spring bank holiday due in 2022.

Committee are also happy to support the idea of a Sunday gala if conditions are favorable in organizing one versus the Saturday.

Given the ongoing uncertainty on the easing of the government’s restrictions on leisure centers re-opening and the ability of member clubs to begin returning to some level of ongoing activity it has been decided that the third round of the 2020 competition set for September 12 should be cancelled. This will allow clubs to fully concentrate of the resumption of their own individual programmers which as we all can imagine are likely to look very different in terms of administration than pre Covid 19.

The League committee sends all member clubs it’s best wishes in these extremely difficult times , we will look to contact clubs later in the year once some kind of level of normality returns to seek views, gauge opinions ahead of the planned 2021 competition.

Given the government’s current measures to stop the spread of coronavirus with the majority of the lockdown measures still in place it has been decided that Rounds 1 and 2 of the 2020 competition due to take place in early June and early July are cancelled.

The MKDL committee hope that over the next few weeks measures introduced by the government may be relaxed, with this in mind and being completely aware of the difficulties that may still lie ahead we would like to keep the date of round 3 –September 12- open for the moment. Obviously having just a single round would change the dynamic of the way the league results etc would be produced. Further updates will follow once more information is to hand.

Following the AGM discussions continued on how to manage Division 2, although hopes of encouraging other clubs to participate and fill the gaps concerns still existed that if this were not possible a real possibility that at least 1gala in the circumstances would not happen.

As an option Aylesbury have put forward using Aquavale in an eight team gala so that we would have a gala of six and one of eight within Division 2.

This option clearly not within the competition rules, conditions we currently have so it would be a step into the unknown as far as we are concerned.

It would mean automatically for 2020, that Aquavale host in all 3 rounds even if Aylesbury not participating.

That clubs attending the event would be expected to provide a level of support, possibly share in some of the overall admin required.

That existing available resources to support the event would need to be developed or amended.

An equitable adjusted points system would be implemented.

I am hoping clubs, certainly in Division 2 will be supportive so at least we can try and ensure galas take place this year.

- Round 1 Draw- is availiable via the Results tab

Clubs are asked to review the league web site with information to date for 2018:

-Notes from AGM 2018- Specific point on question for 2019 competition.

If you are no longer the contact point for your club could you kindly forward on as necessary.

Many Thanks Executive Committee

Following dialogue over the course of the summer between the League, the ASA and Swim England it has been confirmed that one of our conditions under which the League is operating under for 2017 is non-compliant with current ASA Law, namely the minimum age for competition. All swimmers must be age 9 years or greater, this must be calculated as at the date of the last round of the competition as laid out under rule 410.5.3 therefore September 9. The age-at date for the purposes of League Rule 13 remains unchanged at 31 December with the additional proviso that all swimmers must be age 9+ on 9 September.

The League has no choice but to comply and requests member clubs to act up on it. The League Management Committee can only apologise to all member clubs for this issue developing, more importantly at this late stage can you pass on our personal apologies to any member of any club who now finds themselves in this position as we approach Round 3 of the competition.

Whether underage swimmers are permitted to swim but to gain no points is a matter for the referee.

Unfortunately this does also mean we shall need to review and potentially change if required previous results submitted.

As you all know an issue was raised at Round 1 concerning age as at for the youngest age group, we felt it best to make you all aware as soon as was practically possible of the concern, and possible consequences for the remainder of the competition.

Regrettably the initial message was not clear enough and suggested a far more wide spread problem, this was never the case and we apologise for the confusion most certainly created.

Whilst we attempted to contact clubs individually to explain the current position we have also been in the background working away to obtain some independent advice to use as needed in communications to you all.

Guidance has been received care of contacts within London Swimming from the Chairperson of the ASA Swimming Management Group confirming that we are complaint providing competitors reach minimum age requirement by due date.

We appreciate the situation over the last fortnight has not been ideal and that a certain amount of distress will have been felt by members in attempting to deal with the situation as it developed.

Following a review of the approach of the current league structures and a waiting list of 8 new clubs to join the league, MKJL executive team completed the following review.

• As we have 7 clubs applying to join the league we are proposing the following approach for feedback from member clubs
• The League has received an unprecedented level of interest from clubs either looking to join the league or field additional teams within the competition in 2017. Whilst the committee is pleased to see such interest it has been decided a period of consultation will take place to access the implications therefor certain items on the AGM will not take place on February 5 but will instead be agreed and communicated out to members no later than the end of February.
• Introduction of 7 new clubs would mean a rebalancing of existing two division and meansthat host clubs will typically run 5 team galas through the season
• Our ideal would be to have a balanced divisions for competition in 2017
• Proposal
• For Division 1 Reduce further by 2 current total number, in 2016 we had 17, Hillingdon drop out , so option can be relegate the bottom 3 from Division 1 but only promote the top 2 from Division 2.
• For Division 2  Reduce the total number by 4 teams , suggest simply the bottom 4 from the end of 2016, 2016 we had 18 teams , so for 2017 we begin with 18 , then plus 1 minus 4 gets us to 15 teams.
• For the new Division 3 Currently up to 7 new teams plus the 4 teams from Division 2 means we have 11.

The League has received an unprecedented level of interest from clubs either looking to join the league or field additional teams within the competition in 2017. Whilst the committee is pleased to see such interest it has been decided a period of consultation will take place to access the implications therefor the following items on the AGM will not take place on February 5 but will instead be agreed and communicated out to members no later than the end of February. 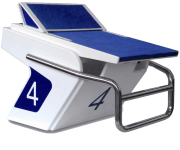